Actor Snajdr sees life as one big game. Not many people can tell when he is being serious. His wife is allergic to him and seeks help at a marriage counsellor. But Snajdr decides to escape to Olomouc where he grabs his first directorial opportunity. He wants to put on a star performance with his grandma as they both love improv. Surprisingly enough, grandma’s carer Mikina is also pretty skilled in this field and Snajdr is stunned. Opportunist Grunt, director of the theatre, hopes this performance will become the main event of the season. And it does, eventually, albeit not the way he imagined. Because he himself is unwillingly drawn into the play by Snajdr.

Since her father’s death, the kind-hearted but also courageous Cinderella lives with her cruel stepmother and spoiled stepsister Dora who treat her like a servant in her own house. During one of her daily escapes to the forest, Cinderella prevents a couple of men from hunting wild animals, amongst them the handsome prince of the kingdom. They immediately feel attracted to each other, but he is expected to find a suitable bride at the next royal ball which
Cinderella is not allowed to attend. Equipped with a great deal of courage and empowered by her three magical hazelnuts, she decides to stand up for herself and determine her own fate. Is she able to break free from her stepmother’s tyranny and find true love?

SO FAR FROM MIKULOV

Will Marie from a small town in the Czech Republic succeed by fulfilling her lifetime dream to conquer New York as a still photographer?

Gina (10) dreads Christmas. Living in hiding, orphaned and alone, her mantra is “Never get to know anyone! Always be invisible!” One night, she breaks into an empty house whose residents are on holiday — a perfect place to celebrate Christmas all alone. Everything gets upside down when she discovers a baby dragon in the garage! The neighbouring kid, Mortimer (10), is surprised to discover them in the house where he was just supposed to feed a goldfish. Mortimer is hard to find any friends. He decides to deal with his loneliness through social media. Gina and Mortimer are forced to become cooperating buddies to save the baby dragon from the local dragon hunter, the police and TV reporters. They both earn much more during this rescue then they ever hoped for.

WHEN TWO SLOVAK JEWS FINALLY MANAGE TO ESCAPE THE AUSCHWITZ CONCENTRATION CAMP, THEY FIND THEMSELVES UP AGAINST ALLIES THAT DON’T BELIEVE THE TRUTH.

This is the true story of Freddy and Walter – two young Slovak Jews, who were deported to Auschwitz in 1942. On 10 April 1944, after meticulous planning and with the help and the resilience of their inmates, they manage to escape. While the inmates, they had left behind, courageously stand their ground against the Nazi officers, the two men are driven on by the hope that their evidence could save lives. Emaciated and hurt, they make their way through the mountains back to Slovakia. With the help of chance encounters, they finally manage to cross the border and meet the resistance and The Red Cross. They compile a detailed report about the systematic genocide at the camp. However, with Nazi propaganda and international liaisons still in place, their account seems to be too harrowing to believe.

Adrian is a young poet who decides to leave Romania and go live to Spain. He wants to change his life, earn some money and learn Spanish. Upon arriving in Cordoba, he works at a car dealership that sells both old and new cars. During the day he hides in a small caravan in the parking lot of the car dealership. One day, Adrian finds a package with a CD and poster for a tour of one flamenco / jazz band. He is enchanted by the music and by the picture of Maria, who plays a bass guitar in the band. They both meet after a concert on the beach, where they begin their relationship full of passion, problems and surprises.

Jana takes off from the Jizera Mountains to the 1,200 km long track of the longest European sled dog race Finnmarsløpet. Her chances of finishing this race are very small. She is one of the few women at the start, not living (like the vast majority of competitors and their dogs) permanently behind the Arctic Circle and her team consists of purebred Husky, while the others race with dogs bred for racing purpose. It is really very cold, the polar plains are swept by snowstorms, dogs falling in snowdrifts and Jana is fighting for the last bits of her energy. Yet, or just because, she feels happy.

Doggy Love is a film about the relativity of happiness, contentment and the journey to one’s dream, paved with discomfort that would be unbearable for most people.

Native New Yorker Frank (Hynek Čermák) has reacquired his noble family’s ancient Bohemian seat – Kostka Castle, which he has not visited in 40 years. And so, he gets ready to make a glorious homecoming with his daughter, Maria (Yvona Stolařová), and temperamental wife, Vivien (Tatiana Dyková). But the newly minted aristocrats have no knowledge of local custom or the ins-and-outs of the 1990s Czech Republic, and all they know of castle life comes from their relatives’ age-old yarns. The family arrives with their lawyer, Benda (Vojtěch Kotek), only to discover that Kostka is in a state of gradual decline and cut off from the world around it. Its only permanent inhabitants are a backward caretaker, Josef (Martin Pechlát), a jovial housekeeper, Mrs. Tichá (Eliška Balzerová), and the hypochondriac maintenance man Krása (Pavel Liška). As the castle personnel slowly awakes from the heavy slumber of the post-revolution 90s, the Kostka family faces the difficult decision of whether to move back to America and sell the generations-old castle, or try to save it. A film based on the book of the same name by Evžen Boček.

The Watchmaker’s Apprentice is a fairy-tale about the quirks of fate, represented by three “Fates” in particular: brothers Rodovoj and Rodovít and their sister Lichoradka. It is a story about love, greed, and the small-minded-ness of man, but also about craftsmanship, and the courage of the Watchmaker’s apprentice, Urban, whose journey to find the watch that warns of Death is aided by his kind heart and watchmaking skills, thanks to which he overcomes the many traps laid for him, and saves his beloved Laura. 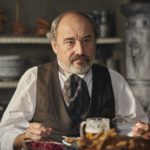 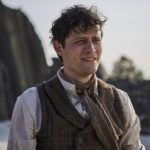 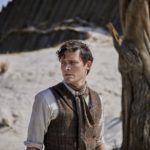 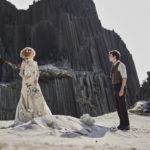